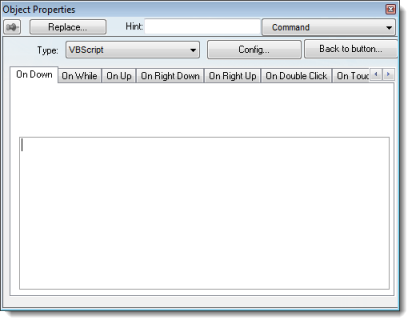 Config button: Launches the Configuration dialog, where the Command animation can be fully configured.

Back to button: Click to go back to the object properties of the underlying Button object.

This dialog allows you to fully configure the Command animation… 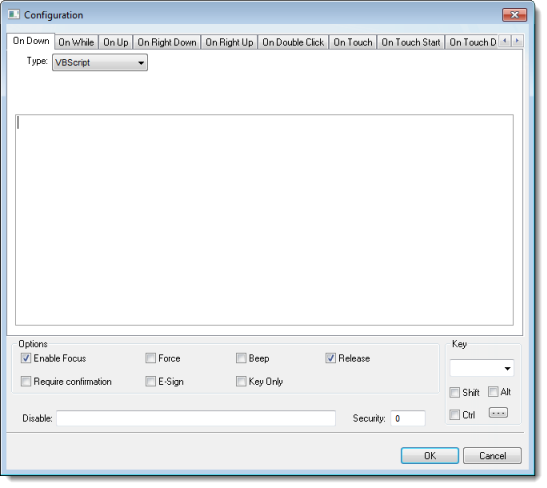 The event tabs (e.g., On Down, On While, etc.) and the Type menu are the same as in the Object Properties dialog described above. The remaining settings are shared for all events: